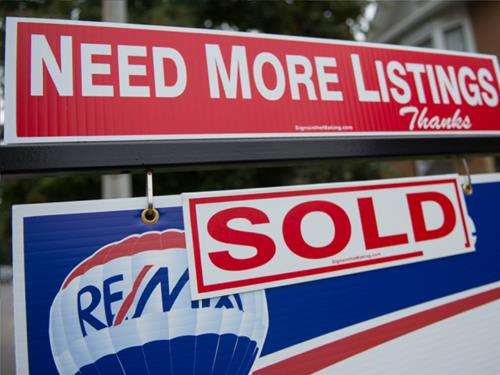 At the central bank in Ottawa, officials are forecasting a soft landing for the housing market. On the ground in Canada, brokers and homebuyers see prices that keep going up.

Re/Max, the country’s largest residential real estate agency, raised its forecast for home price growth to 3 per cent from 2.5 per cent on Friday because transactions and values were so high in the first three months of this year. In March, housing sales rallied 4.1 per cent, the most in 10 months.

“We’re not seeing any” signs of cooling, said John McKenzie, a real estate agent at Royal LePage in Sechelt, British Columbia. Government forecasters are “kind of like weathermen. Quite often they’re just wrong. Sometimes they’re going to tell you it’s pouring rain and you wake up and it’s a nice day.”

Prices in Canada have been rising since 2009, resisting regulators’ efforts to cool the market by restricting credit. In Toronto and Vancouver, values have surged as much as 56 per cent in six years. Now as the European Central Bank’s bond buying helps drive down rates to near-record lows in Canada, the housing market is poised to ascend even higher.

The Bank of Canada said in its quarterly monetary policy report Wednesday that it sees signs of moderation in the housing market, with starts and resale activity slowing since last fall. Residential investment as a share of gross domestic product is set to drop as Canadians spend less, Bank of Canada Governor Stephen Poloz said in the report.

“Despite localized risks, the most likely scenario as the economy gains strength remains a soft landing in the national housing market,” Poloz said.

“In Canada, we’re in a perfect storm,” Sandhu said. “Low interest rates are really driving the demand. Consumers are showing an incredible amount of confidence — more than we’ve seen in the past few years.”

For Re/Max, which has 19,000 agents throughout Canada, its revised forecast this month was a first for an agency that typically makes such changes in December. The company’s move was spurred by faster than expected gains in Toronto and Vancouver in the first quarter.

Toronto home sales increased 11 per cent to more than 8,000 transactions in March over the prior year, according to the Canadian Real Estate Association. Prices in the country’s most populous city jumped 10 per cent to about $601,500.

In Vancouver, Canada’s most expensive home market, sales soared 53 per cent and the average cost to buy a home rose 11 per cent to $870,000.

It’s cheaper than ever for a Canadian home buyer to finance a purchase. The central bank unexpectedly cut its overnight lending rate in January as the plunge in oil prices threatened the economy.

The bank’s move prompted the nation’s lenders to drop their prime rates, which control everything from variable mortgages to lines of credit, and also pushed down the five-year government bond yield to a record low of 0.58 per cent in February.

The yield erosion has since led lenders like Bank of Montreal and Toronto-Dominion to further slash promotional fixed-rate mortgages to as low as 2.74 per cent.

Bond buying across the globe is also compressing bond yields, which banks use when pricing mortgage loans, in Canada. The European Central Bank’s negative bond yields have damped Canada’s mortgage bonds denominated in francs and euros.

Royal LePage’s McKenzie, who’s been an agent for about 15 years, said he’s been selling homes within days of offering them as buyers take advantage of the lower financing costs. A retiring couple he worked with a month ago listed their east Vancouver home on a Thursday for $699,000. Eighty couples attended an open house over the weekend and a dozen offers were submitted by Monday. The couple sold it for $89,000 over the listing price.

“Sales have been brisker,” said McKenzie, who sells about 100 homes a year. “There’s no fear in selling houses. They know they’ll get multiple offers.”

So far this year McKenzie has already sold 40 homes in what he expects to be his highest-grossing year yet.

Outside of big cities, there had been signs of a cooling market as the price of oil dropped 40 per cent since June, spurring companies to cut jobs. Housing transactions fell the most on record in December and January in Calgary, as prices were expected to follow.

The market in the oil hub of Calgary is now rebounding after four months of declines. Sales rose 12.5 per cent in March and prices gained 1.9 per cent.

“Buyers are in a frenzy,” said Brent Celestine, an agent with Century 21 Atria Realty Inc. in Toronto. “Interest rates are so low. People are trying to get in on that.”